We accept all PPO Insurance

We accept all PPO Insurance

What Age Do Teeth Fall Out In Adults?

Getting older is inevitable for most people, and as we get older we often have to think more about how we take care of our bodies. We’re often told throughout our lives that our teeth are some of the toughest things in the world, but that doesn’t mean they don’t need regular maintenance to stay that way.

Teeth loss in adults is dependent on many different factors and age is simply one of these variables. As you get older, the bone density of the jaw decreases and your gums recede (among other things) which makes it easier for teeth to fall out.

Keep reading to learn more about the specifics of when adult teeth start to fall out, the reasons why they fall out, and what you can do to extend the lifetime of your teeth.

How Many Teeth Do Adults Have?

It’s important to know that adults have a different number of teeth than children do, and the adult teeth that replace baby teeth are the only teeth you’ll have for the rest of your life.

There are dentures, dental implants, crowns, and other replacements for people who have lost teeth for whatever reason but not all of these solutions are viable options for every person, nor are they as cheap as simply maintaining your natural teeth.

So, the average adult will have a total of 32 teeth in their mouth once they have all made their way through the gums. In reality, many adults end up with only 28 teeth as a full set of teeth because they have had their wisdom teeth removed to prevent problems like buckling in the existing set of teeth.

What Age Do Adult Teeth Fall Out?

According to the National Institute of Dental and Craniofacial Research (NIDCR), one branch of the United States’ National Institutes of Health (NIH), the number of partial and total tooth losses in American adults has had a decreasing trend since the 1970s.

On average, adults in America between the ages of 20 and 64 have an average of 24.92 of their original teeth. This mean average seems pretty favorable but is somewhat skewed and unreliable when you consider the fact that the average American will lose an average of 12 teeth, including the surgical removal of their wisdom teeth, which would leave them with just 20 teeth on average.

A look at the NICDR’s 1999-2004 National Health and Nutrition Examination Survey reveals that 10.13% of Americans between the age of 50 and 64 experience total teeth loss. If you then look at data from the Centers for Disease Control and Prevention (CDC), 26% of all Americans aged 65-74 years old have lost all of their permanent teeth.

So while adults in any age group can experience partial or even total teeth loss, there seems to be a positive correlation between increasing age and the amount of tooth loss individual experiences. This is especially true for those who are 50 years of age and older.

Why Do Adult Teeth Fall Out?

We said earlier that adult teeth can fall out for a number of factors, but what exactly are these factors? Let’s explore some of the most common reasons why adult teeth are lost.

Probably the number one reason why teeth seem to fall out for no reason is gum disease (also known as its technical name, periodontitis). By failing to brush and floss your teeth regularly, you allow a bacterial plaque to form on the surface of your teeth and gums which erodes the enamel of the teeth, the soft tissue of the gums, and even the bone of the jaw surrounding your teeth.

This process doesn’t happen overnight though, so it is a disease of years of consistent neglect of dental hygiene which is why it can be more prominent in older individuals. A loose or lost adult tooth is the final symptom of gum disease, so look for earlier signs like bad breath or swollen gums to try and rescue the tooth before it becomes too late.

As more and more research is performed on stress and the effects it has on the human body, we’ve come to realize that there are even dental impacts when it comes to a buildup of stress.

Oftentimes this stress will manifest itself in the form of clenching or grinding of the teeth in a process known as bruxism. This is usually an involuntary reaction to stress and occurs most often when a person is asleep.

If a person continues to experience long periods of stress and bruxism, it can wear down the teeth and even make them loose. 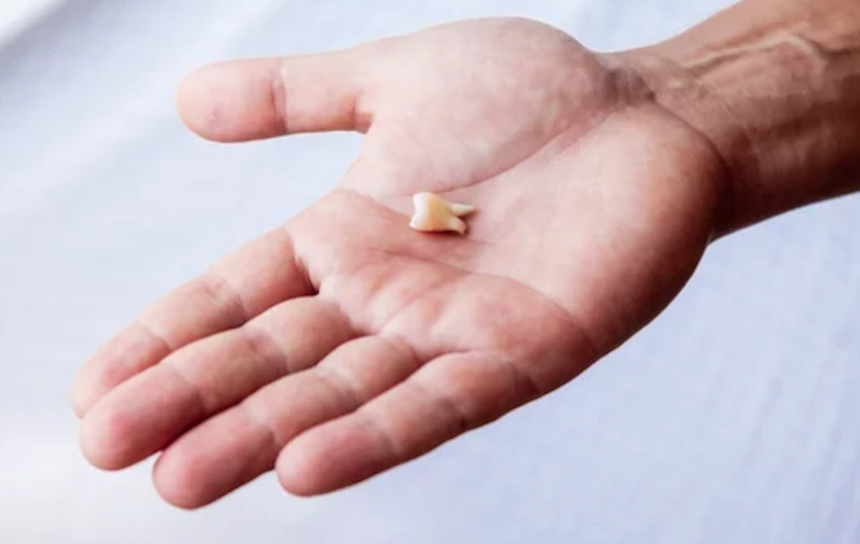 Injuries in contact sports are a common way for permanent teeth to be lost but it is also possible for teeth to become loose or dislodged because of something like a biking accident. In some cases, it is possible to recover from the damage of trauma as long as the root of the tooth and surrounding gums are undamaged.

If you’ve knocked a tooth out and aren’t sure about the condition of your mouth, clean the knocked-out tooth and soak it with some saliva or milk before inserting it back into position. An emergency dentist appointment will then determine whether or not the tooth can be saved.

Dramatic fluctuations in your hormone levels can also affect your teeth and jaw. The most common examples of this are pregnancy and menopause in women, which is why elderly women tend to experience greater tooth loss than elderly men.

The high levels of estrogen and progesterone during pregnancy can temporarily cause bones in the jaw to loosen. Meanwhile, the effects of menopause and low estrogen levels are more permanent and the resulting loss in bone density is cause for loose teeth.

Medications from other conditions you are experiencing can influence dental health in unexpected ways. Common over-the-counter drugs like pain relievers and plan B contraceptives can cause dry mouth as a side effect that promotes bacterial growth and tooth decay.

Aside from the medication you take to treat or relieve the symptoms of unrelated conditions, the disease itself could have an impact on the condition of your jawbone and teeth. Things like osteoporosis, diabetes, HIV, or even cancer can all contribute to an increased risk of gum disease that then goes on to produce loose teeth and tooth loss.

How To Avoid Losing Adult Teeth?

It may seem like losing teeth is an inevitable part of getting older, but that is not necessarily the case. There are simple steps you can take to ensure your teeth are as healthy as possible for the longest time possible.

Everyone knows that there is a constant back and forth about the best teeth brushing schedule. While it may be best to brush your teeth shortly after every meal, brushing twice daily isn’t the worst advice to follow either.

When brushing your teeth, it is important to use small, circular motions across the outer, inner, and top sides of your teeth. Pressing forcefully on your toothbrush as you brush can actually damage your teeth and gums, so don’t overdo it while you brush for a total of two to three minutes.

You should also floss and use mouthwash when you can to get the hard-to-reach areas of your mouth but you cannot use these to replace brushing.

Smoking and other tobacco products are bad for your health, especially your dental health. It is a leading cause of gum disease across the world because it can dry out your mouth and promote tooth decay.

By quitting smoking, you’re also significantly less likely to develop oral cancer. This means you won’t have to go through painful or expensive treatments to make sure the cancer doesn’t spread and you can keep as many teeth, or indeed your whole bottom jaw, as possible.

Regularly drinking water will keep your mouth hydrated, preventing dry mouth and bacterial growth. It’s also a great defense for your immune system because staying hydrated means you can produce enough mucus in your mouth and nose to catch harmful, airborne pathogens before they have a chance to cause disease.

You should visit your dentist at least once a year but twice in a single year is the recommended frequency most of the time. Regular appointments will alert your dentist to any potential problems and they will be able to do a deeper clean of your teeth than any amount of brushing could do. 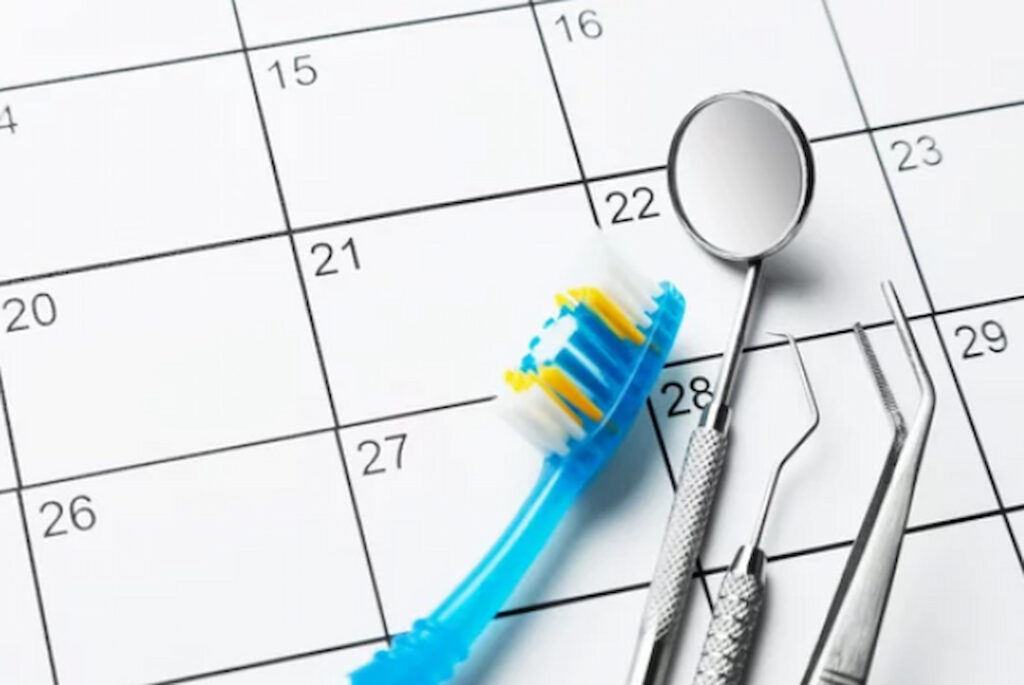 So while permanent tooth loss can occur at any age as an adult, significant averages in partial and total tooth loss tend to occur in people aged 50 years old and above. There are ways to prevent tooth loss as much as possible by addressing the factors that can cause tooth loss as we get older, but losing a tooth is not necessarily the end of the world.

Solutions like dental implants or dentures are available for suitable candidates but these should be used more as a last resort than a simple replacement for lost teeth.

Join our email club for the following benefits: